The best employees were awarded gifts and bonusaccording to their performances in 2010. And they put forward clear workingplans of 2011. The president and all the employees attended theparty. 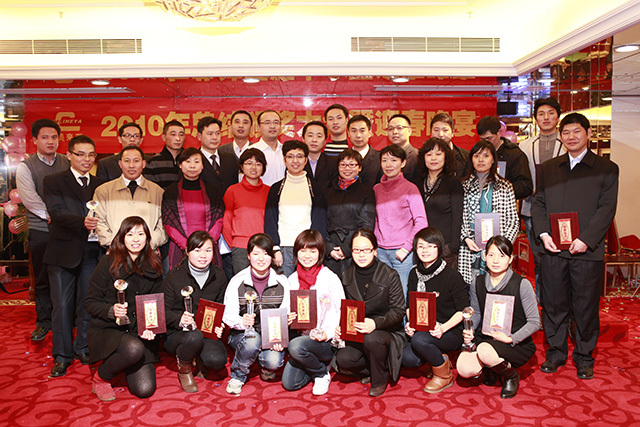